HOW OUR ANCESTORS SURVIVE CLIMATE CHANGE 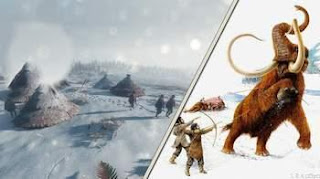 We are much more concerned about the climate change and do we ever ask ourselves about how those before us tackle climate change or is it that there is nothing like that before?

See what duta have in store for you this week

​Prehistoric ☠Ancestors Were Surprisingly 👊Resilient to ⛈Climate Change📹:​
ancestors would have been ashamed of us. A new archeological dig has found that prehistoric humans weren't particularly bothered by dropping temperatures and even managed to maintain a functioning, thriving society in the midst of one last flurry at the end of the most recent ice age.

A dig organized by the University of York, Royal Holloway University, and the University of London, examined an ancient village from the Stone Age that was unearthed in Star Carr in Yorkshire, England. Yorkshire isn't a particularly warm place at the best of times, but approximately 11,000 years ago, it experienced a rapid drop in temperature that brought more ice and snow than cavemen of the time were used to.

Average temperatures dropped by 3 degrees Celsius over a period of 10 years, making things a lot cooler, and bringing with it far more ice and snow than Star Carr had been seeing when humans first made the decision to settle in the area. So how did these prehistoric humans deal with the cold? By simply going about their lives as normal. Apparently, the ethos of Keep Calm and Carry On has been baked into the British collective consciousness for far longer than anyone had realized.


You can click on the link below to read more